HÀ NỘI — In the face of rising bad debt amid the ongoing pandemic, commercial banks have been forced to write up their loan loss provisions, according to industry sources. 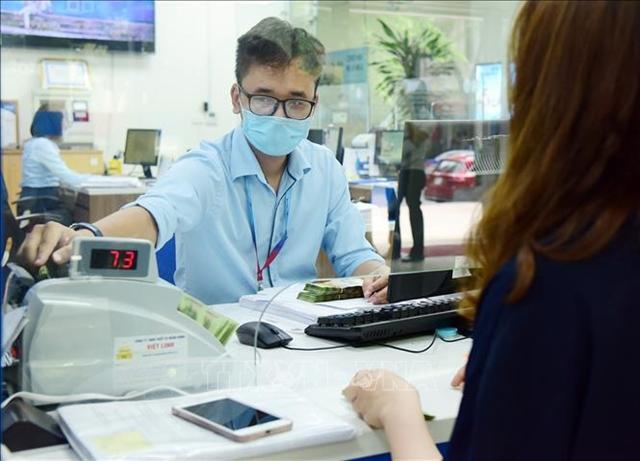 A customer at a LienVietPostBank branch in Hà Nội. State Bank of Vietnam's (SBV) recent directives aimed at providing businesses with COVID-19 financial relief have forced banks to set aside a larger amount than usual in provisions. — VNA Photo

Vietinbank was to increase its non-performing loan coverage ratio from 119 per cent at the end of September to 169 per cent for the rest of the year, with risk provisions from VNĐ14 trillion (US$617 million) to VNĐ17 trillion, said Vietinbank's Chairman of the board Trần Minh Bình.

The move was a result of rising non-performing loans due to the pandemic and designed to improve the bank's buffer for the year to come.

VietinBank's credit risk provisions increased to VNĐ14 trillion by the end of September, a 22 per cent, or VNĐ2.5 trillion, increase from the same period last year. The bank has set aside VNĐ5.5 trillion in provisions during the third quarter of 2021 as bad debt ratio reached 1.67 per cent, the highest recorded in the last four quarters.

Vietcombank's provision cost has been reported to climb to over VNĐ8 trillion during the first nine months of the year, a 33 per cent increase from the same period last year. During the third quarter alone, the bank raised its provision by VNĐ2.5 trillion, a 25 per cent increase year-on-year.

Vietcombank reported its bad debt has doubled since the beginning of the year from VNĐ5.2 trillion to VNĐ10.8 trillion (from 0.62 per cent to 1.16 per cent) resulting in a lot of pressure to allocate even more funds to its provisions.

The bank had the highest bad debt ratio among commercial banks at 1.61 per cent, a slight decrease from 1.76 per cent at the beginning of the year.

The majority of commercial banks have all reported an increase in provision cost during the first three quarters of 2021: ACB VNĐ2.8 trillion, VPBank VNĐ13.6 trillion, LienVietPostBank VNĐ887 billion and TPBank VNĐ2.3 trillion.

However, the State Bank of Vietnam's (SBV) recent directives aimed at providing businesses with COVID-19 financial relief have forced banks to set aside a larger amount than usual in provisions.

"At this moment, I think that banks have built their own scenarios. Besides reducing interest rates to support people, the banks have also actively improved their financial capacity to ensure good operations in the future," said Nguyễn Quốc Hùng, general secretary of the Việt Nam Banking Association.

By the end of September, commercial banks have extended deadlines for over 270,000 customers with a total loan of over VNĐ330 trillion with interest cuts, per SBV's request, of VNĐ12.2 trillion from July 15 to September 30.