In 1960s China there was a Cultural Revolution. Neighbours attacked neighbours; students attacked teachers. Trust in community, in society, was never the same again. 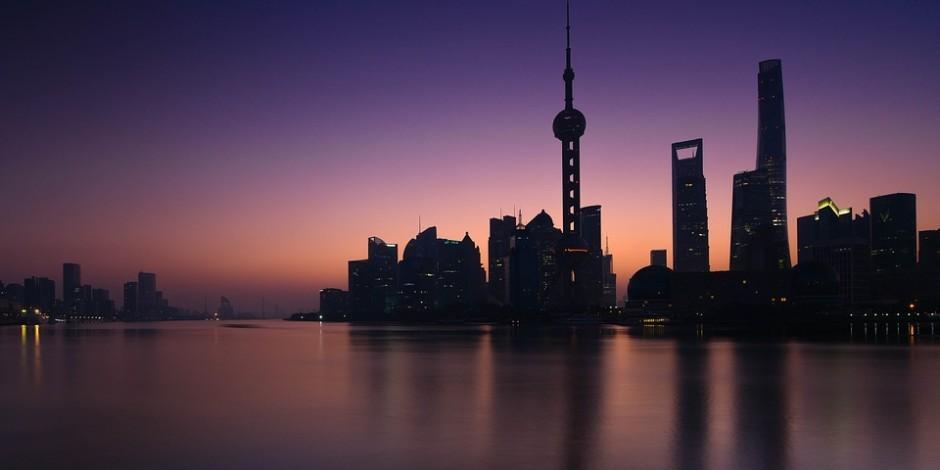 The explosion of social commerce in China has ripped apart traditional models.

As the economy opened up, entrepreneurs crossed legal red lines on a regular basis in a desperate drive to escape poverty. In 2003, farmers in Zhejiang decided to make their rich, local hams in summer rather than in winter as was the custom. To keep them unspoiled, they sprayed them with pesticides. In 2008, more than fifty thousand infants were sickened through the ingestion of melamine which had been added to cow’s milk to increase the measured protein content. The list of scandals is long.

Consumers in China have learned to approach buying with the deepest skepticism. It’s one of the reasons why China was historically such a ‘winner takes all’ market where leading brands enjoyed uber-share of category and the long tail of small companies made losses. It’s also the reason why people bought mostly from people they knew. The share of small, local distributors in every industry has always been high - similar to Europe in the early post-war years.

The explosion of social commerce in China has ripped apart traditional models, but it has put trust, relationships and recommendations back at the heart of commerce.

Social commerce is not a swear-word in many circles. Recommending good products to friends can be as much a gift to the recipient as a burden. If I trust you then I trust what you buy and I don’t trust anything else, so thank you for making my life a bit easier. A good friend of mine – and a very wealthy one at that – sell Thermomix processors through social media. He doesn’t need the money but his white-collar friends love the products and it brings them together when they’re too busy to meet.

The mass e-eommerce platforms in China didn’t meet this need for relationships. Driven by their need for capital-market metrics, the major players drove aggressive volume growth, focussing on massive festival-discounting, eyeballs and orders. Sellers were charged handsomely for promotions, trade margins were tight and buyers were price-driven. There was little space to build a loyal brand audience.

The one channel that did it better was the cheapest and least professional: Taobao. This fore-runner to Tmall was the ‘eBay of China’, a collection of small home-based re-sellers focussed on price and service for a focussed portfolio of products they knew well. By virtue of being completely untrusted, they had to go to extremes to gain trust, with a laser-sharp focus on instant response and purchase feedback. They quickly went to the next level with product videos and seller live-broadcasting, letting the buyer know who they were and building comfort amongst the audience.

The industry has learned from them. ‘Boss broadcasting’ became a major trust-building tactic across brands, with corporate leaders telling their stories directly to consumers. It became commonplace to host production and storage videos, showing that the product was real, that it was stored and delivered with care and that they as a seller were trusted to have access to those materials.

As social media began to complement or replace traditional networks, it became a real source of sales. First, people would sell through their private WeChat groups. Then brand companies started providing them with easily-shared magazine-like rich-media materials through WeChat official accounts. Then direct-sales platforms emerged with CRM mini-programs hosting on the WeChat system, allowing individual agents to sell a portfolio of products to their contacts, take payment and hold back an agreed margin.

This developed into the high-margin, hard-sell Weishang (WeCommerce) channel, by which agents in the rural counties pushed high-priced cosmetics and weight-loss products. These agents were commonly low-level government employees whose scrape-by salaries needed supplementing through any channel available.

Soon, the ‘WeChat official account’ model of story-telling, so important just a couple of years before, fell into disuse as audiences tired of information-overload and stopped reading the articles. People reached out to trusted influencers for information. The less well-versed masses look to ‘red netizens’, direct-sales influencers who use live broadcasting platforms and short-videos to push their personal product choices – mostly cosmetics, apparel and jade.

The white-collar middle class looked to Weibo, the blog-like platform where amateurs built real follower-bases through their subject-matter expertise. This has emerged over time into a rich-media experience, where influencers like Li Zi Qi and her small team make revenues in the tens of millions of pounds telling stories of the products of her Sichuan hometown. Her films are as good as music videos but the background tones are of crickets, rustling grasses and rushing streams as she sells the safety of nature and sanctity of traditional life in a rural village. Her products – the simple foods of a poor province – fly off the shelves.

The highest-income consumers, business and property owners from the four big metro-cities often learn from face-to-face encounters in Walmart’s premium outlet, Sam’s Club. There, you’ll find over-busy, high-ranking executive parents moving away from major brands and discovering better options through guided purchasing by outlet-staff that they have learned to trust over time.

If the platforms fail in their role as trusted curators, they can fall hard. Xiao Hong Shu, which in 2016 Wired termed “China's $1bn shopping app turns everyone into trendspotters” found huge success as an app for reviewing products bought overseas. Yet a proliferation of fake articles and fake products led to the app being de-listed from app stores this April while it discussed ‘reforms’ with the government.

When you talk to multinationals in China about the challenge of building their audience, the most common theme is the huge number of touchpoints that must be maintained. The distrust of Chinese buyers means they need to see your product online and offline at maybe 15 different touchpoints before they purchase. In the US or Europe, that figure might be 8.

With each class of buyer finding trust through different channels, the numbers multiply. What you are trying to do is find the natural flow of relationships and following the path of influence. It’s a lot of work, but it’s a big market.