Shares advance on the back of bank stocks 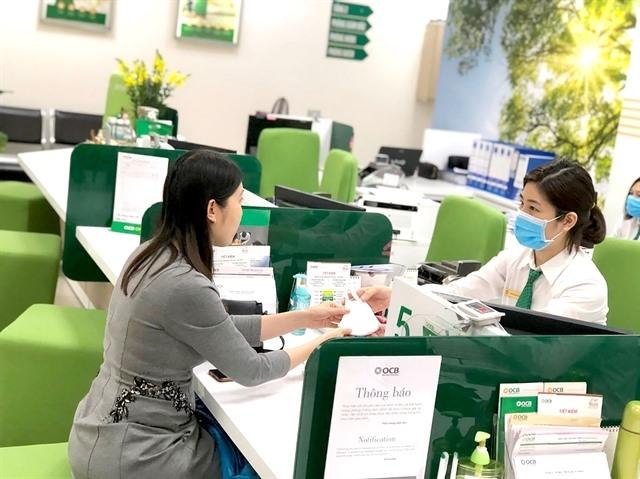 A customer at a branch of Orient Commercial Joint Stock Bank (OCB) in Hà Nội, OCB rose 3.2 per cent on Wednesday. Photo courtesy of OCB

The market's breadth was negative with 127 stocks rising, while 350 slid.

Liquidity set a new record high as investors poured over VNĐ35.9 trillion (US$1.6 billion) into the southern exchange, equivalent to a trading volume of VNĐ1.1 billion shares.

“After a slight correction at the beginning of the morning session, cash flows actively caught the bottom so VN-Index went up and closed 1.7 per cent higher than that of Tuesday,” said BIDV Securities Co.

“Market breadth tilted to the positive side. Today's gaining session is showing positive signals in the market,” it said.

Towards the end of the trading session, many real estate stocks gained ground and strongly supported the market such as Vinhomes (VHM), rising 1.45 per cent, Vincom Retail (VRE) climbing 3.15 per cent and Khang Điền House (KDH) rising 3.08 per cent.

Nineteen out of 25 sector indices on the market gained ground, including IT, oil and gas, retail, food and beverage, seafood production, logistics, banking, securities, insurance, wholesale and healthcare.

On the other side, losers were rubber production, agriculture, and construction materials.

During the trading session, nearly 106.5 million shares were traded on HNX, worth nearly VNĐ3.1 trillion.