HÀ NỘI — The benchmark VN-Index rose marginally on Thursday along with continued declining liquidity as investors withdrew money from the market ahead of the New Year holidays. 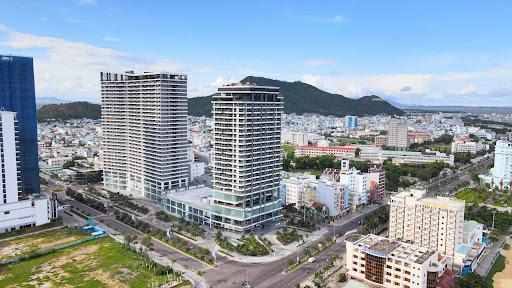 On the Hồ Chí Minh Stock Exchange (HoSE), the VN-Index inched up 0.01 per cent to close at 1,485.97 points. The southern bourse’s market index decreased 0.6 per cent in the previous session.

Liquidity continued to decline to nearly 748 million shares worth more than VNĐ22 trillion (US$957 million) traded, down 11 per cent in volume and 14 per cent in value compared to Wednesday’s levels.

On the Hà Nội Stock Exchange, the HNX-Index rose by a strong growth rate of 0.83 per cent, ending the session at 461.65 points. Liquidity increased slightly to 123 million shares worth nearly VNĐ3.5 trillion traded.

FLC Faros Construction (ROS) was the most heavily traded stock on HoSE with more than 40 million shares changing hands but its shares tumbled 5.5 per cent which was attributable to profit-taking pressure after the shares climbed in the previous three sessions and these shares arrived in investors’ accounts on Thursday (T+3).

Regarding industry, securities and coal mining were the biggest gainers on Thursday which posted average gains of 5.4 per cent and 2.1 per cent, respectively, according to data on vietstock.vn.

There is one more session left to close this year’s trading but VNĐ is facing a great opportunity to become the highest-priced stock in the securities industry, being traded at VNĐ82,800 per share.

According to experts, the market will likely move around the resistance level of 1,500 points this week.

“The movement slowed down in many groups of stocks, but there were several hot gainers. The liquidity decreased compared to the previous session, showing that it experienced profit-taking pressure, but it is not strong and may be of short-term profit-taking sentiment,” said Phương Nguyễn, a stock analyst at Viet Dragon Securities JSC, in a daily report.

According to Phương, although cautious and correcting, VN-Index generally still lines in an uptrend thanks to the above-1,480-point index.

“This zone is toward close support for the index, so VN-Index will likely be supported around 1,480 points and regain. Therefore, investors can still expect a rebound of the market but temporarily need to slow down and observe trading signals at the support zone,” she said.

From SEO to social posting, this collection is a digital marketing masterclass for under $50

A third of CMOs say losing talent to rivals is a major challenge, study finds

Coty to ramp up marketing to ‘capitalise on momentum’