HCM CITY – After more than four months of slowing down due to the COVID-19 pandemic, the property market in the south is regaining strength and there are optimistic signs of a recovery thanks to demand still exceeding supply. 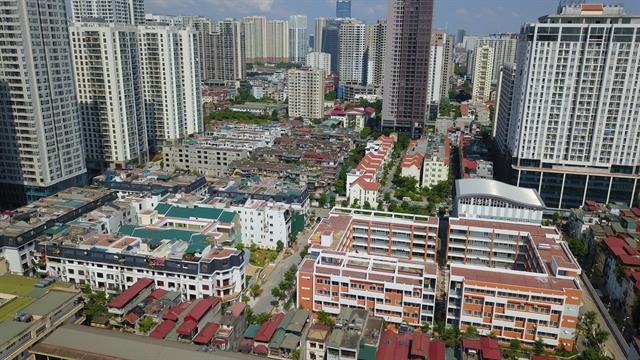 The real estate market in the south will recover strongly starting at the end of this year thanks to the fact that demand still outstrips supply, experts have said. Photo danviet.vn

While the HCM City market had gone quiet after the renewed COVID outbreak, in neighbouring provinces like Đồng Nai, Long An and Bình Dương it had seen robust growth last year, experts said.

Distance is no longer a problem for developers in and around HCM City thanks to improved transport infrastructure, and they are increasingly looking at neighbouring provinces where prices are more reasonable and have potential for property development, according to experts.

In HCM City, some 20 projects in all segments were launched in the first six months of this year with 30,000 units.

According to the Việt Nam Real Estate Brokerage Association, the economy will keep pace and achieve better growth, and so investment and demand for housing will recuperate.

The apartment segment is expected to account for a large proportion in the city, with mid-priced, two-bedrooms units remaining the most in demand.

Housing demand in the city exceeds 100,000 units a year, which outstrips supply.

Limited supply was mainly because lack of land and legal barriers make developers turn to neighbouring provinces such as Bình Dương and Đồng Nai.

The Đồng Nai housing market seems to be of special interest to them, with many large players have such as Novaland, DIC Corp, Đất Xanh, and Nam Long already involved to take advantage of the opportunities offered by improving infrastructure such as highways connecting it with other localities.

Some key infrastructure projects under construction or are in the works include Long Thành International Airport, the Bến Lức – Long Thành and Biên Hoà - Vũng Tàu expressways and the Dầu Giây - Phan Thiết Highway.

As of August Đồng Nai had approved compensation payments of more than VNĐ9 trillion for ​​more than 1,900 hectares of land.

According to analysts, real estate projects located around the airport will benefit in the future.

In Bình Dương Province, land in areas close to HCM City with potential for economic development, such as Thuận An and Dĩ An cities, have become ideal for affordable apartment projects, a product the metro lacks.