A golden crescent moon appears against a black night sky. On closer examination, it’s the yellow curve of a McDonald’s French fries box positioned at just the right angle. In the corner, it states simply, “Open late”. 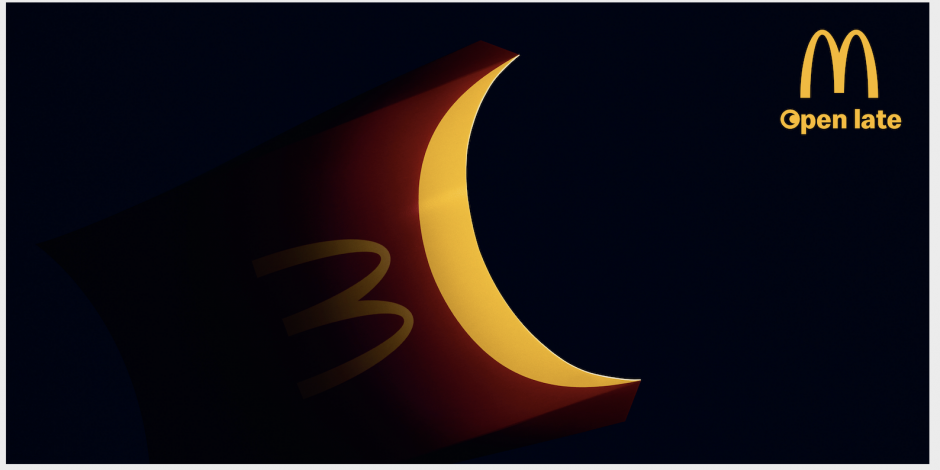 McDonald's Italy is promoting the late night opening of its restaurants with a campaign based on two eye-catching visuals.

The first uses the fries box and its red and yellow hues to evoke a waning lunar sky. The second is a series of hamburger buns with different shadows hanging over them, depicting the moon in its many phases.

The copy states: “Open all night, every night”.

The campaign, created by Leo Burnett Milan, will run in local Italian markets through OOH, prints, digital and social media.

A similar late night campaign for McDonald's French market ran back in 2017, feauring LED lights softened through a lens.