Spotify announced 100 million paid subscribers and underlined its podcast strategy in 2019 Q1 results. But insight from Kantar suggests the company may have difficulty monetising its new podcast real estate. 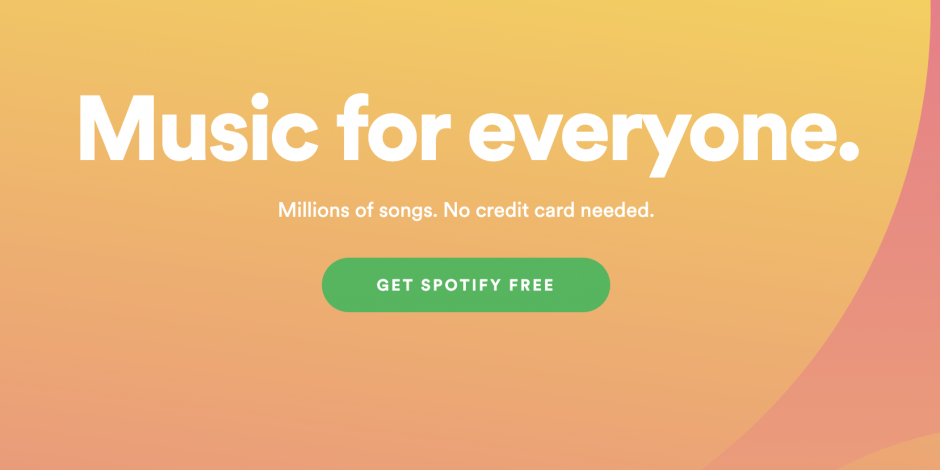 The music streaming company, which is currently embroiled in competition with Apple, boasted that its paid users were up 32% in the last year. Overall this took its tally to 217 million monthly activity users, more than half of whom are on the free plan and are being monetised through the service’s advertising products – with an eye to convert them into the paid tier.

Like many disruptive media giants, it still pursues the scale that will deliver profitability. After a period in the green, the Swedish firm is back to its loss-making ways after some heavy investment in its podcast acquisition spree, picking up Gimlet, Anchor and Parcast for $400m.

It hopes to fully expand out from music into podcasts with exclusive content. Despite reporting a 33% yearly revenue increase, the company made a loss due to the money it put down on the podcasting assets.

Jane Ostler, global head of media at Kantar’s Insights division, told The Drum that the firm may not monetise its podcasts as well as it would hope. A study from Kantar AdReaction found that podcast ads were received by audiences more negatively than other ad formats. It gave podcast ads a net positive score of -9 globally vs +43 for top scorer magazine ads, suggesting monetisation will be a challenge for Spotify. It also lagged behind out of home ads (+42), TV ads (+32), radio ads (+27) but ahead of mobile display (-11) and mobile video (-13).

Ostler did, however, bat away concerns that podcasts have low reach when compared to traditional media. “They provide significant incremental reach for relevant audiences. Unlike most radio channels, which deliver reach at scale, the audience has chosen that podcast for their specific interest in that topic. So advertisers have to think about the content and the format they use for each.”

Ostler noted that podcast ads are “becoming increasingly embedded in consumer and business marketing” due to the ease of handpicking audiences and serving relevant and tonally appropriate content.

“It’s a friendly, targeted, portable media channel which can be with you wherever you go.” But as compelling as these traits sound, Kantar data suggests that “consumers are generally less receptive to ads in podcasts compared to traditional media channels”.

Advertisers, she said, should consider appropriate sponsorship, presenter-read ads, and embedded content with an eye to use the medium as an influencer platform, rather than a solely advertising venture.

Alternatively, she suggested: “Brands can to produce their own podcast content or sponsor the production, which could be to enhance short-term campaign activity, or as a longer-term audience strategy. However, these podcasts will need their own promotional strategy and potentially be promoted using paid-for media.”

Writing in The Drum earlier this year about Spotify's podcast acquisitions, Meghan Keaney Anderson, vice-president of marketing for HubSpot, said that "the current model of podcast advertising is ready for reinvention" and Spotify is likely the player to deliver that.

McKinsey has previewed with The Drum its Global Media Report which examines the next five years facing the industry. On top of the slate was more media consolidation, increasingly among tech giants. Spotify's podcast play encapsulates this although so does Apple's TV ambitions and Google's gaming strategy.