Facebook has moved quickly to prevent advertisers from amending the headlines in third-party news stories in the wake of claims that an advert for the Conservative Party had misrepresented a BBC News story. 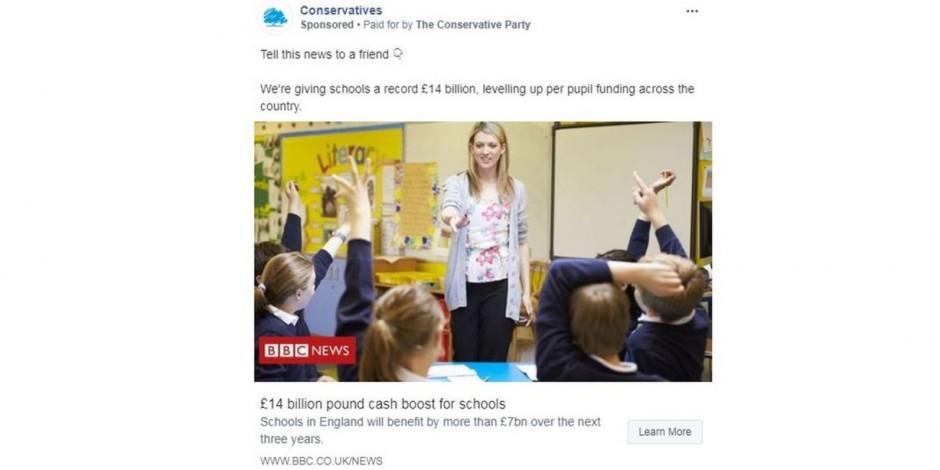 Facebook says this amounted to a ‘misuse’ of its advertising platform and was already developing procedures to prevent such ploys from being made before the year is out while the Conservative Party has itself vowed to review its procedures.

In the meantime the misleading advertisement, which first appeared on September 2, has been deleted from Facebook’s advert library, replaced by a warning that it was removed for violating advertising rules. `

The affair only came to light following analysis by fact-checking charity Full Fact, which warned that the inflated spending claim could be ‘misleading, particularly for readers who don't click through to the article’.

Facebook has a difficult balancing act to convince both advertisers and the world that it is a safe environment.