Reed Krakoff is the designer and creative credited with making Coach cool again. Now he’s working his magic at Tiffany’s as its first chief artistic officer. 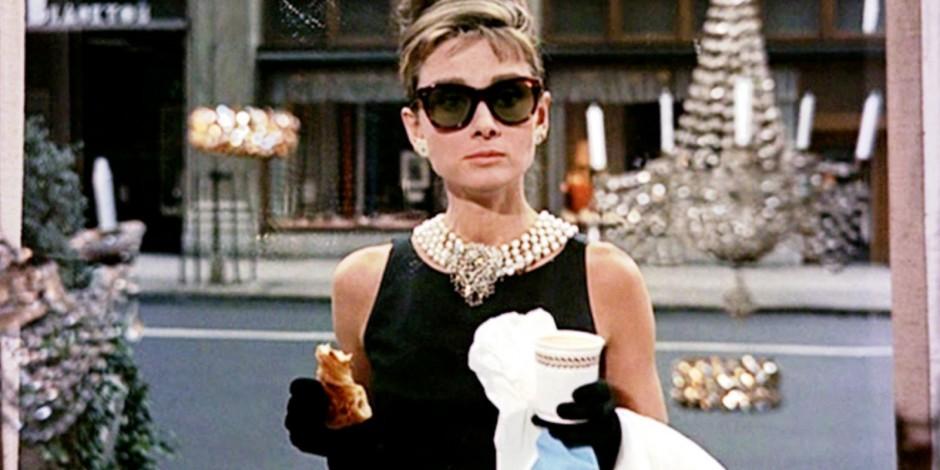 Faced with challenge of making the blue-hued jeweller relevant for the Instagram generation, while protecting its rich heritage, he’s experimenting with fresh ways to showcase and market the “effortless luxury” he believes it embodies.

“That’s the best way to describe the Tiffany brand because it has the intrinsic commitment to traditional luxury values,” he explains, “but at the same time it's much more understated and much more what I see as an American take in luxury. It's much less self-conscious. It's more for every day.”

Krakoff joined Tiffany’s as chief artistic officer in 2017. He is tasked with designing jewellery and luxury accessories for the bauble business as well as overseeing its “artistic and design vision” with respect to marketing, advertising stores and e-commerce. A unique role in which he works closely with chief executive Alessandro Bogliolo.

Having spent 16 years developing handbags for Coach (and helping it grow into a $5bn company in the process) Krakoff arrived at the 182-year-old jeweller after six years of working on his own brand – Reed Krakoff label.

When he joined Tiffany’s, he made a point of studying the brand’s archives intensely to understand its history as he looked to build its future.

“I spent a lot of time in the historical archive, looking through designs and sketches, marketing, ad campaigns, all these different things. I had to absorb all of that and then put it away and more or less look at [what I was about to undertake] as the next chapter,” he says.

He has been bold in what he describes as his “evolution” of the brand, shaking down not only its approach to marketing but design too, and trying to help it shake off what’s been described as a “Waspy” formality. His first collection, Paper Flowers, celebrates the idea of everyday luxury, mixing nature with the industrial.

While designing the collection, he was also plotting how to adapt the brand’s marketing to appeal to younger consumers.

“It always feels safer to evolve things, but I think what I've learned over and over again is, is the consumer really doesn't see that unless it's distinct. Unless it's something that's bold because they’re so inundated with information. The subtle [changes] that we see from inside the brand are usually are lost on people. So first the messaging had to change.”

Two years into his tenure and the business has staved off slumping sales, blowing up analyst expectations to hit a record $4.4bn in revenue in 2018, a 7% jump on the previous year.

The success comes on the back of the Krakoff’s turnaround strategy, which has seen him bring in stars like Lady Gaga and Elle Fanning as ambassadors. Fanning starred in a big-budget spot last year, recreating a pivotal scene from Breakfast at Tiffany’s and bringing the movie that is so synonymous with the brand crashing into the 21st century.

Gaga, meanwhile, wore Tiffany’s most notable diamond to the 2018 Oscars, a 128.54-carat yellow diamond which typically sits on display (under lock and key) in the brand's Fifth Avenue flagship location. “It wouldn’t have worked with anyone else,” Krakoff asserts, saying that the earned media after the performed with A Star Is Born co-star Bradley Cooper on stage after winning Best Song was “overwhelming”.

“That was one of those perfect storms, we’re not going to top that.”

Krakoff says there’s no exact formula in selecting the ambassadors to which Tiffany’s entrusts its brand: “I don't think any one person is right or wrong in itself. It's just all about what you choose to do with them at the timing.”

While Tiffany’s is very much entering a new era of branding and finding new cultural icons to carry it forward it’s certainly not looking to shed its longtime association with the movie that put it on the map globally, nor Truman Capote’s chief protagonist Holly Golightly. In fact, the image from the 1961 squares perfectly with Krakoff’s notion of “effortless luxury”.

Saying he “thought a lot” about how tied up the brand is in the movie and character, Krakoff points out: “When you think of, Audrey Hepburn you envisage her standing in front of Tiffany window looking at the Tiffany diamond, an incredible window of diamonds and she's wearing a black dress wearing sunglasses, but then she's carrying a paper bag and a Danish pastry.

“That to me is the essence of that juxtaposition of personal luxury and offhanded casualness. It’s funny I can’t say that I had that in mind It's very American, it’s very unique and it couldn’t be any other brand. So [my] way of thinking about luxury is very much how she's portrayed in the film.”