Despite a seriously restrained entrance onto the advertising scene, The We Company spent $378.7m on sales and marketing alone in 2018 – a figure that grew by 164% in just one year. It only plans to spend more, according to today’s (14 August) IPO filing. 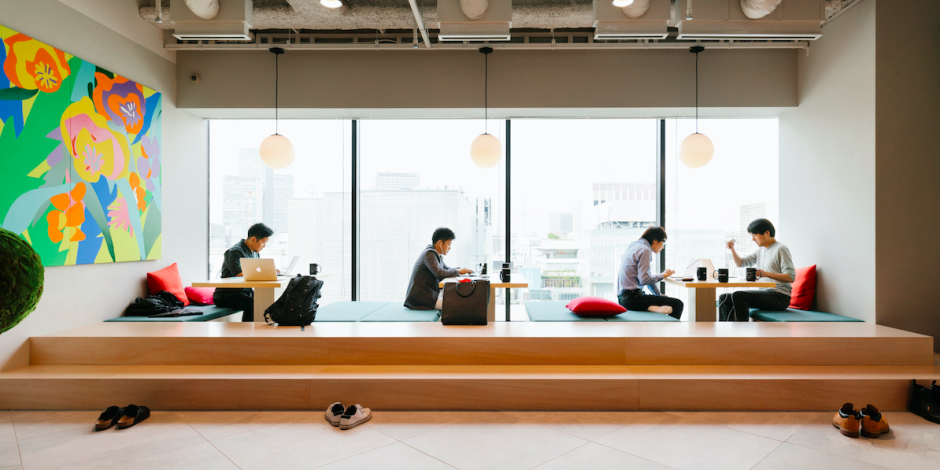 The co-working company, which straddles the industries of tech and real estate, confidentially filed paperwork for its initial public offering last December. Now it has published the financial paperwork to make its entry on the stock market a reality, disclosing a P&L impressive in its quarterly growth but scarred by large losses.

The recently-rebranded firm recorded revenues of $1.54bn in the first half of 2019. However, its net loss for the same period was measured at $690m, only confirming to market analysts that its exponential growth is by no means a harbinger of profitability.

However, its co-founder and chief executive, Adam Neumann, told Axios last week he expected the public market to “offer substantially larger access to capital” than its already sizable funding rounds led by SoftBank.

“There is a cost to building out the infrastructure we want to build, no matter how efficient my numbers are, no matter how much landlords and third-parties pay for it,” he said. “The costs are high, so we need access to a lot of cash.”

How much has WeWork been spending on marketing?

Now operating in cities from Bogota to Bangkok, WeWork’s rapid international expansion has been accompanied by huge increases in sales and marketing budget. This grew from $143.4m in 2017 to $378.7m in 2018 – an increase of 164%.

However, the filing recorded that while the rise was driven predominantly by compensation and benefits for marketers and sales people, advertising costs hit $91.2m for the year ending 31 December 2018. Advertising expenses increased $36.5m in the six months ending 30 June 2019, accounting for just over 10% of the $320m half-year sales and marketing spend.

Additionally, costs “associated with strategic marketing events and other promotional activities, professional fees and travel” came to $45.3m year-end December 2018. The company also noted it had hired “more experienced” sales and marketing personnel over the course of the past year.

What is WeWork spending the budget on?

This drive for marketing and creative staff looks to be continuing well into 2019. The company is currently hiring for 60 marketing positions, ranging from junior events managers to graphic designers to a director of performance marketing.

The range of roles on offer reflects its approach to marketing thus far: hire in-house.

The company employs a number of designers to staff an arts and graphics team, for example, whose job is purely to design the murals and branding that adorn the walls of its 789 locations. Its growing creative studio (which is imaginatively named Creative Studio) put out its first digital campaign in May 2018.

It’s unlikely this would have sucked up the full seven figures of the advertising budget, however, and WeWork’s lack of investment in traditional media platforms has led some commentators to question where it’s spending the rest of its money.

A leak last week shone some light on the matter. According to reports, the company had approached Martin Scorsese to direct a “series of videos promoting the brand this summer” and had also been in talks to launch a Shark Tank-style TV show on NBC with Ashton Kutcher. The latter was inspired by its Creator Awards contest – a live entrepreneurial event with a $40m price tag, funded by its sales and marketing budget.

This pursuit, alongside other properties noted in the S-1, is a reminder that WeWork is more than just WeWork.

The company also owns, operates and markets the education brand Flatiron School, a martech firm called Conductor, and MeetUp, a social network for real-life events and social meetings, among other businesses.

Meanwhile, it continues to experiment with offshoots of its core WeWork brands. These include WeLive (rentals), Rise by WeWork (gyms) and WeGrow (schools).

In digital media, the unicorn is a happy customer of Facebook’s; Business Insider noted how the social network lists WeWork as a case study on its business success site, where it describes how the company worked with Facebook Creative Shop to test out its ‘create-to-convert’ target pilot program and generate more tenant leads in Los Angeles, San Francisco, New York City and London.

“They could very easily spend [six figures] a month per market just on Google – and with 29 markets, that accounts for a nice chunk of their budget,” he said.

What will WeWork's marketing spend look like in the future?

WeWork has made it clear that its marketing and sales costs (or “investments”, to use its preferred term) will increase in the near future, alongside capital expenditure and operating expenses.

“Historically, many of our members have signed up for memberships because of positive word-of-mouth referrals by existing members, which has reduced our need to rely on traditional marketing efforts,” the report read.

“To the extent that we are unable to maintain a positive brand reputation organically, we may need to rely more heavily on traditional marketing efforts to attract new members, which would increase our sales and marketing expenses both in absolute terms and as a percentage of our revenue.”

The company would not comment on where the extra cash would be spent as per quiet period restrictions. However, the filing indicated its public relations department could receive a boost in particular.

WeWork noted: “We receive a high degree of media coverage domestically and internationally and we believe that much of our reputation depends on word-of-mouth and other non-paid sources of opinion, including on the internet.

“Unfavorable publicity or consumer perception or experience of our solutions, practices, products or services could adversely affect our reputation, resulting in difficulties in attracting and retaining members and business partners, and limiting the success of our community-building efforts and the range of solutions, products and services we are able to offer.”

The budget will also likely begin to spread further from WeWork’s established locations, such as New York City and London, towards growth markets. This will likely occur when more and more offices are flagged as “mature”, which it defines as locations that have been open for more than 24 months, boast stable occupancy rates and generate a “steady stream of revenue”.

“Once a location reaches maturity, occupancy at that location has historically tended to be self-sustaining,” read the filing, noting that such offices should not incur “significant sales and marketing expenses” as community staff take on those responsibilities as part of their daily duties.

Nevertheless, despite WeWork’s ubiquity in developed cities, only 30% of its locations are classed as “mature”. Therefore, it is unlikely the organic strategy to bring down sales and marketing costs will unlikely reap rewards until much further into WeWork’s future as a listed company.

Is spending more money the answer?

The sheer scale of WeWork’s losses and unorthodox practices has caused many analysts and online commentators to scoff at the company’s fixation on growth. The Register accused it of having “polished off its own marketing Kool-Aid”, drawing attention to the S-1’s admission that “we have a history of losses and, especially if we continue to grow at an accelerated rate, we may be unable to achieve profitability at a company level ... for the foreseeable future”.

Yet when it comes to the ostensibly bloated sales and marketing expenses, Wasserstrum believes that – like Uber – WeWork is just working from “the Silicon Valley playbook”, for better or for worse.

“[Marketing budgets] have grown at roughly the same percentage revenue has … so that line doesn’t scare me,” he said, noting that if and when the flexible space market fragments, its brand-building investment will begin to real pay dividends.

“One of the things WeWork’s done a very good job with is building that brand," he said. "Long-term, it has a tremendous amount of value, and they’ve been able to do that through shock and awe.

“They are not yet – nor do I think they will be – like Kleenex or Xerox. But they’re pretty close – I would not bet against them.”