Uber’s recent round of layoffs saw roughly one third of its marketing roles – 400, to be precise – made redundant. As the industry asks how and why the department became so big, The Drum pieces together the remit of the now streamlined team. 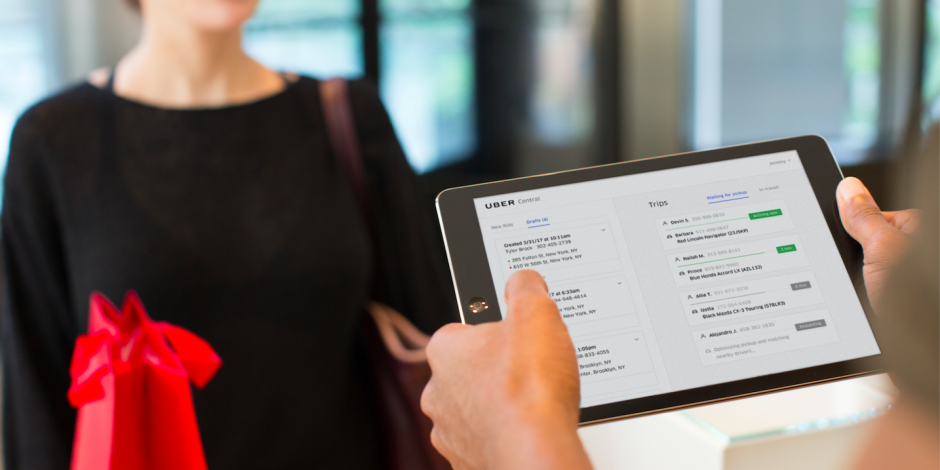 Uber sacked 400 of its marketing staff on Monday

News of Uber’s summertime sackings broke on Monday (30 July). An internal memo sent by chief executive Dara Khosrowshahi confirmed 400 people would be losing their jobs across the business’ 1,200-strong marketing department, principally because its teams had become “too big, which creates overlapping work, makes for unclear decision owners and can lead to mediocre results.”

“Today, there's a general sense that while we've grown fast, we've slowed down,” Khosrowshahi wrote in the memo, which was published by Business Insider. “...So, put simply, we need to get our edge back.”

Quartz, which estimated the layoff round to be Uber’s largest since 2009, quoted a source describing the cuts as a “marketing Red Wedding”. Similarly, Business Insider reported staff felt the announcement was something of a “bloodbath”.

The layoffs come less than two months after the company overhauled the leadership of its marketing team. Chief marketing officer Rebecca Messina exited after less than a year in June, while her predecessor, chief brand officer Bozoma Saint John, also left after a similarly short tenure.

The redundancies were the finishing touch to the marketing makeover. An Uber spokesperson told The Drum the organization had restructured to become more centralized in the quest for a “more consistent external brand narrative across audiences, products, and regions”.

Uber did not confirm where the redundancies were being made. However, a Google Docs spreadsheet connecting more than 200 ex-Uber employers to recruiters paints a picture that is international and wide-ranging in terms of seniority, experience and job function.

Redundancies have been made across the world in France, Egypt, Brazil, Chile, Canada, India, Mexico, Australia, Pakistan, Saudi Arabia, the UAE, the UK, South Africa, Ukraine, Indonesia, Argentina, Colombia, Jordan, Lebanon, Italy, Kenya, Panama, Costa Rica and Ghana, as well as US outposts in the likes of New York, Washington DC and the San Francisco HQ.

Some former employees boast of more than 20 years’ marketing experience, while job titles range from marketing manager to copywriter to CRM coordinator.

Among the redundancies is the global director of marketing for Uber Freight, the brand’s foray into transportation logistics, and the North American head of social for Uber Eats.

The latter noted on LinkedIn that the “majority” of his San Francisco team on the delivery brand had been affected by the cuts, while several marketers working on the Jump electric bike brand have also been let go.

Why does a brand need 1,200 marketing staff?

The types of roles made redundant are indicative of the companies’ centralized brand strategy in the wake of its IPO. It has been trialing the integration of Uber Eats into the flagship Uber app, for instance, and insisting its headline logo is clearly integrated into the branding of its sister apps.

However, while logos and operations can be easily centralized in the name of user experience, the nuances of launch marketing cannot. Uber’s growth since its 2009 launch has been anchored in international expansion, which required the linguistic and cultural knowledge needed to communicate the benefits of the platform in each market – especially those untouched by rivals such as Lyft.

It’s likely this overseas expansion – as well as the creation of Uber’s multiple sub-brands – is behind the company’s seemingly bloated internal marketing team.

A number of industry commenters, including consultant and a founder of MBc Services, Michelle Bradley, had conjectured the 1,200 to comprise a substantial amount of PR, communications and policy staff hired to firefight the company’s manifest reputation issues in recent years.

This would tally with Uber’s consolidation of comms, marketing and policy under Hazelbaker, and its decision to outsource more of its creative to agencies.

However, an Uber spokesperson has since confirmed that none of the 400 laid off worked in the field of communications.

Why cut back now?

The rapid growth of Uber’s business has been accompanied by the rapid growth of its staff: its current headcount sits at 24,494, as of 31 March. This has led many to characterize Uber’s overarching business strategy as one of “growth at all costs”.

Its marketing strategy has followed this fevered path too. In its first eight years its creative was scrappy and attention-seeking – pool parties, secret gigs with Sofar Sounds and ice cream van stunts, led by what one of Uber’s former agency strategists called “fast and loose and bootstrap-y” marketers.

But as it found itself increasingly bruised by negative news coverage, the company shifted its communications to address harder issues such as safety and driver benefits, as well as what it stood for as a global brand after a period of mega-growth.

This coincided with shifting its spend away from indie shops on a project basis to bigger, legacy creativeagencies signed to longer contracts. The spend itself grew too: according to Business Insider, the brand funneled $3.2bn into sales and marketing activities in the year leading up to its IPO.

But now Uber has made it to Wall Street, it is likely reconsidering its marketing modus operandi again.

“Since they still lose money on every ride they provide, shored up by vast amounts of venture capital, it might be worth considering the business model and path to profitability,” said Faris Yakob, co-founder of consultancy Genius Steals. “Letting staff go suggests they are at least beginning to feel pressure to reduce their cost base, but perhaps they should focus on the cost base of their actual offering.

“I would like to believe that the Saudi/SoftBank funds might be closing their purse, and since they are now public, they have to manage investors and banks. I suspect regime change is a part of it too, or a shift in focus. Growth hacking only gets you so far, you can only optimize to local maxima.”

What next for Uber marketing?

Despite the loss of 400 jobs, Uber’s marketing team is arguably in the strongest position it’s been in for a while.

In Hazelbaker, it has an ostensibly committed marketer with a deep understanding of the company and the Silicon Valley scene (unlike Messina, who came from short stint at alcoholic beverages company Beam Suntory following a lengthy career at Coca-Cola). It has a strong brand with strong brand recognition and a centralized team now aligned across the world.

“This will be an opportunistic time for Uber’s future marketing leaders to present themselves as decision ‘owners’,” said Bradley. “Too many cooks squash a much needed, consistent brand narrative. Now is the time to centralize and shine.”

But for marketing and tech consultant, Samuel Scott, Uber’s real problems will require more than a cutback in excessive marketing expenditure to shift.

“Uber's problem is not communications,” he said. “Uber's problem is that the company's very model – get bailed out by investors today until driverless cars magically arrive tomorrow – cannot make a profit. Gross profit has declined almost every quarter for the past year. Quarterly net income has fallen from $3.75bn a year ago to a negative $1.01bn loss in the first quarter of this year.

“Basically, it shows that companies should ignore the hype around ‘growth’ and focus instead on real marketing – building a product the market wants and offering it at a profitable price the market will pay.”